A game very similliar to GunZ: The Duel which pits players against players in a futuristic action packed battles.
PlayStation Portable

S4 League is a third-person shooter developed by Pentavision, the creator of the DJ Max series of games. Officially, S4 is short for "Stylish eSper Shooting Sports", and that eSper is no typo. Since it's considered a "sport", there is often fanfare, cheering and even a commentator throughout the game, much like Super Smash Bros. series does in game.

Players are able to jump off walls and special abilities such as flying may be purchased. There are two main modes that can be played in this game which are Team Death Match and Touchdown. Team Death Match is the usual team vs. team combat where the first team that hits the target number of kills wins. Touchdown works much like football, or those of you who've played Unreal Tournament 2004, Bombing Run. Basically, the objective is to run a "fumbi" down to your opponents goal to score touchdowns. The team with the highest score after the time runs out wins.

There are three character slots you may choose to create characters and they may be changed in game during "half times". At first, you may only create one character, but as you level up, you earn the ability to create up to three characters. Characters can be dressed in a variety of different outfits, though they must be purchased in the shop. Many of them are anime inspired, and some are even inspired by DJ Max characters as noted by their descriptions.

Weapons in the game range from sub-machine guns to melee weapons.

There are premium items that may be purchased, and often these are different colors of clothing as well as weapons. They may also give stat bonuses as well such as increased attack power. Regular users may also buy stat increasing items with their in game currency, PEN, however they are often not as effective

This game has a PSP version release, however it does not use the same system for online play so playing against PC users is not possible.

This is the one of the default weapons you start out with. It's normal fire mode allows you to do a simple slash attack. The alternate fire mode allow you to execute a rush attack which may knock over an enemy. Jumping and then hitting the right mouse button will allow you to preform a ground shattering move which has a large blast radius. It will render opponents caught up in this blast to be stunned for a short time.

With this weapon, you are able to shield yourself from attacks while slashing people. It's much faster than the plasma sword and repeatedly clicking the left mouse button will allow you to execute a small combo in which when it hits, may knock down your opponent. The right mouse button can shield you against attacks, however it cannot guard against a plasma sword.

With this weapon, you can knock people silly with a charged up swing. One swing with this will fling opponents into the air. The right mouse button will make you swing this in a circle like a tornado.

Newly introduced melee weapon that relies on catching your target off guard with its deadly stab. It only has 2 moves currently, the light slash and dash stab. However its proven at the moment to have the highest priority over any other melee weapon.

Another default weapon you start out with, the SMG has a fast rate of fire and has a medium range.

Your everyday chain gun, you walk very slowly with this weapon, especially when firing. While not very mobile, this weapon has high destructive power in tight areas. It takes time to fire at its maximum fire rate, so make sure to fire early.

More mobile than the heavy machine gun, but at a slower rate, it fires plasma like projectiles at the enemy. It is extremely hard to aim when fired for long periods of time, so it recommended to fire in bursts.

The longest ranged automatic weapon in the game, the right mouse button will allow you to zoom in a little bit and pick of enemies. While not a sniper rifle, it has a decent range allowing the user to fire less carefully.

Boasting 50 bullets and being the only gun with the ability to use a melee attack, the smash rifle allows a player to have a viable offensive/defensive capabilities. Similar to the shape of a small shield, it sits on your wrist and allows a rapid fire rate on par with the Semi Rifle with the accuracy of SMGs.

Not your everyday magnum, this over sized weapon fires similar to that of a shotgun. Making it extremely deadly close range. Only drawback is the slow rate of fire and limited clip capacity.

Similar to the Revolver, it fires burst shots. But its tighter spread allows easier aim at longer distances. However it exchanges fire power and speed in comparison.

Essentially, a fast firing Revolver with less power and an added mobility bonus.

Essentially an explosive sniper rifle, this one's a little harder to use. Upon impact, the projectiles explode, however they aren't quite as strong as the concentrated fire from the rail gun

A newly introduced weapon that focuses primarily on its ability to knock back an opponent. It has limited ammo and extremely short range.

This rifle focuses on its auto aim capabilities as the name states. Firing at a rate similar to a Semi Rifle, but doing far less damage. Its spread greatly increases with range.

When deployed, these turret will attack any enemy in vicinity as long as it's in front of the gun. The sentry will disappear if you die, or an opponent destroys it. This has a limited use of 3.

Basically like the sentry gun, however this will only stun the opponent. At least it has a 360 degree capability so you do not have to worry about its position quite as much. This has a limited use of 3.

This weapon allows you to heal team members. It has a slight homing capability.

According the description, it is supposed to attack the mind of the opposing player. Anyhow, as you attack the opponent, your health goes up while you suck his. This weapon has a slight homing capability so accuracy is not 100% required, however it has a very limited range.

In addition to weapons, you may equip one skill per character. These do a range of things and often aid you in this game at the cost of SP usage which regenerates over time.

This is a passive ability. Like its name, this ability adds 15 HP more to your health bar.

This is a passive ability. Like its name, this gives you 30 health from the standard.

This is a passive ability. This gives you 30 SP meaning longer sprinting times and more chances to jump off walls.

This gives you a cloaking ability for as long as your SP lasts. Other players will see a rough transparent silhouette of you so they can just barely see you. When you start firing while invisible, you will be visible again.

This ability is essentially a grappling hook. You are able to grapple on solid objects to pull yourself to that level.

This grants you the ability to fly for as long as your SP lasts.

This gives you the ability to rise a small wall out of the ground. This wall is not indestructible, so it is essentially a single use fortified wall. Be careful because if you die, the wall goes down with it.

This gives you the ability to shield attacks as long as your SP lasts. SP is drained faster while being shot at, and this cannot block melee attacks.

This ability lets you see the players who have turned invisible.

Changes your character into metal, damages all players who shoot or hit you while you are in metallic mode.

Holds target in place for a set amount of time. 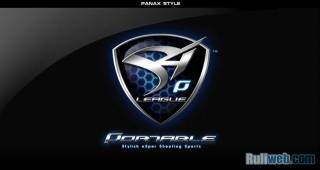