Lufia: The Ruins of Lore

Featuring many of the same systems from Lufia 2 on the Snes, Ruins of Lore stars Eldin, a descendant of Maxim, as he plans the destruction of a marauding empire under the influence of the dark lord.
Game Boy Advance

This game takes place 20 years after Lufia 2. The world is at peace and all seems perfect.But war is coming as a power hungry man allies himself with the .  As evil spreads and chaos reigns terror down on hapless villages a hero arises to fight back.

A young man whose father has disappeared. He qualifies as a monster hunter and leaves Parcelyte in search of adventure. His field ability is a sword, to chop through grass and bush.

Eldin's best friend and fellow monster hunter, his field ability is a whip which can traverse gaps in the terrain.

Eldin and Torma's friend from their hometown, she too is a monster hunter (qualified through dubious means) whose speciality is magic. Her field ability is that she can light fires, which is used to light candles, fuses, torches and the like.


Dekar returns from Lufia 2, having not been involved in the fight against the Sinistrals. He has the same personality as in Lufia 2, being a womaniser whose strength is famed across the land. Throughout the game, however, he tries to become more responsible, as the older character in the story.
Golden Sun: The Lost Age Final Fantasy VI Riviera: The Promised Land Final Fantasy I & II: Dawn of Souls Breath of Fire II Magical Vacation Black Sigil: Blade of the Exiled Final Fantasy XII Final Fantasy IV: The Complete Collection 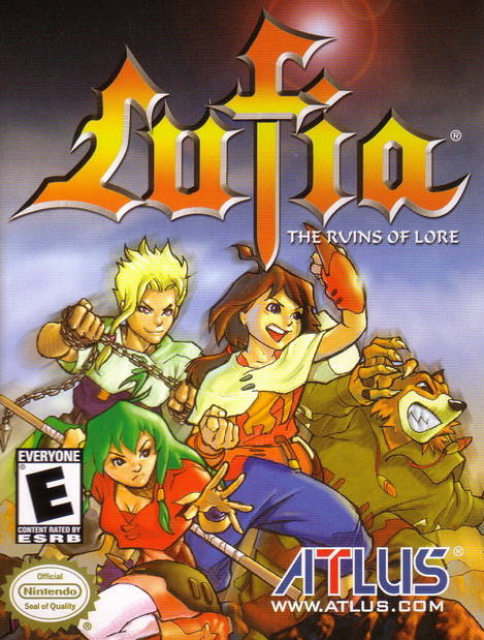