Neugier: Umi to Kaze no Koudou

An action RPG in the same vein as Secret of Mana, Neugier stars a young boy named Duke who must save his castle from attack.

Neugier: Umi to Kaze no Koudou ("Neugier: Pulse of the Sea and Wind", "neugier" being a German word meaning "curiosity") is a top-down action RPG similar to Ys or Secret of Mana. The game was originally due for a US release with the title The Journey Home: Quest for the Throne, but production was canceled close to completion.

The player assumes the role of Duke, a young swordsman, and is able to push objects, jump and slash enemies in the vicinity, and many sequences require some degree of platforming.

Developers Wolf Team would eventually go on to create another action RPG of some notability, Tales of Phantasia.

Live a Live Inindo: Way of the Ninja Rudra no Hihou Trials of Mana Ys: The Ark of Napishtim Alundra Soul & Sword 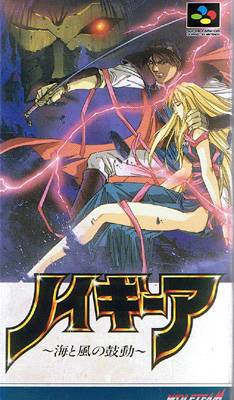