Kingdom Hearts: Chain of Memories is a GBA-exclusive sequel to the PS2 hit, Kingdom Hearts, that features a card-based action battle system and a story that bridges the gap between Kingdom Hearts I and II.
Game Boy Advance

Chain of Memories tells the story of Sora and his friends as they explore Castle Oblivion, searching for their missing friends. The further they travel into the dungeon, the more they begin to forget what has happened, and even what they're doing here. As they travel through the dungeon, they meet the members of Organization XIII, a mysterious group with an unknown agenda. Many of the worlds from the original Kingdom Hearts make a return in Chain of Memories, including Agrabah, Wonderland, and Halloween Town, as well as the new world of Twilight Town.

The gameplay in Kingdom Hearts: Chain of Memories is a hybrid of the action role-playing style of the Kingdom Hearts series and a collectible card game. Worlds are broken up into a series of rooms, however progression in the worlds is tied to what map cards are used to unlock the next level.

Combat is played in real time. Sora can jump and run freely, but attacking, magic, summons, and using cards requires cards from the player's deck. All cards are ranked on a scale from 0 to 9 and can be used in comboes or to card break opponents, canceling the attack and/or stunning them temporarily. Cards with higher ranks trump cards with lower ranks (8 beats 4, for example). Placing cards in a deck costs CP (card points), and cards with higher numbers require more CP. 0 cards can be used to break any other card, but only after the enemy card has been played. Otherwise, the player can suffer from card break. Three cards of the same type result in a combo, adding the total of the three cards together to make it more difficult to card break. Some combinations of cards will produce stronger attacks, magic, items, or summons. However, when using cards in a combo, the first card cannot be re-used until the next battle. When the player uses up all the cards in the deck, the deck has to be reshuffled to continue battling (done by standing still and holding the A button).

When playing as Sora, you can customize up to three decks. Cards are earned through battle or by buying them through Moogle shops. Some cards are unlocked after story events.

When playing as Riku, after the main storyline has been completed, his deck cannot be customized, but the cards in the deck change depending on the current world. However, Riku has a dark mode, activated by card breaking the opponent several times, that make his deck more powerful in combat for a period of time.

Attack Cards: These are the most common card types. You collect different attack cards with different numbers on them showing their power. It can go from 0 to 9. The higher the number on the card is, the harder it is for the enemies to card-break you. The 0 card although it is easily breakable can always break other cards no matter what their number is.

Magic Cards: These have ranges like the attack cards from 0-9 with the same capabilities but this time you get to do long range attacks as well as summons. You can stack the magic cards for an improved attack (for example if it's fire card, stack 2 for fira and stack 3 for firaga)

Friend Cards: These cards are different depending on the level. You get different friends on different worlds and you can use them for special attacks. Again their range goes from 0-9 and they are stackable for more powerful and more difficult to break attacks.

Item Cards: These cards contain different items such as potions and elixirs that benefit to Sora in the battle. Those cards can only be used once per battle and have the usual 0-9 numbers.

Enemy Cards: These cards are different than the others, you only get them after defeating a special enemy (bosses always drop them) or after killing the same enemy numerous times, they will drop their card. They all have different effects that can change the battle such as higher jumps, health regeneration and more.

Trick Cards: These cards only drop in special battles such as boss fights and once you activate it, it unleashes an attack that will leave the enemy without any defense, giving you the perfect opportunity to attack. Those often drop but still be sure to use them wisely.

Premium Bonuses: These cards are extremely rare and only drop from some enemies. When you get one of those, after your fight a screen will open showing you the possibility to upgrade one of your cards to a premium card costing less CP than the normal ones.

Map Cards: These cards are dropped when finishing a battle most of the time and they allow you to continue in the other room. There are different world cards like red ones, blue, green and gold. Each decide what the other room is going to look like. The red ones have effects such as an increased number of Heartless while the Blue ones can have "Moment's reprieve' in which you can save the game. When going to a boss battle, you will be asked to have different cards to pass.

World Cards: These cards are used in the beginning of a level and they allow you to choose which world you want to go to. 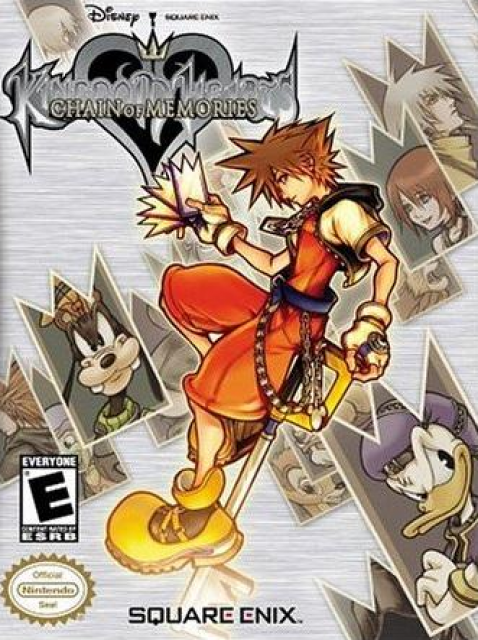