Soma Bringer is a Diablo-style RPG developed by Monolith Soft and published by Nintendo for the Nintendo DS. The game was released in Japan on February 28, 2008 and was never localized for other territories, although a fan-made English translation patch was released about a year later.

Soma Bringer plays a lot like many Diablo-style action RPGs. You control one character in a party of 3, chosen from 7 playable characters. You choose your main and only controllable character's class, which can be: Battler, Corp, Dark, Gunner and Kampf.

Battler is your usual melee combat fighter, focuses on HP and defense. Corps are spear and one-handed weapons users, balanced between offense and defense. Darks can equip spears and two-handed weapons, and have HP-using damage-inflicting abilities. Gunners are ranged attackers, have the highest range of attack and can also inflict status changes on enemies. Kampfs are quick hand-to-hand and dual wielding users that excel in combo attacks.

Characters level up as they defeat monsters and gain EXP. Once the main character levels up on level the player is prompted to assign Character Points (CP) to increase its statistics. These are Strength, Magic, Health and Skill.

The player can then assign different attacks to different buttons, performing combos for more damaged if attacks are executed in the right order. Items can also be assigned to different buttons and can be used in battle accessing a different menu by simply pressing one of the shoulder buttons of the DS. This way the player can easily switch between the attack menu and the item menu during battle.

Combat is in real time and enemies appear on the same screen as exploration occurs. 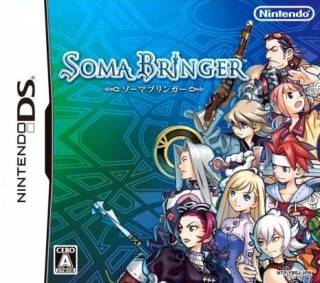