Untold Legends: The Warrior's Code is an Action-RPG game for the PSP, and the second entry of the Untold Legends series. In story and setting, it is completely unrelated to the first game, Brotherhood of the Blade.
PlayStation Portable PlayStation Network (PSP)

The Warrior's Code is a linear Action-RPG with no side-quests. The player chooses from five different character classes that each have their own unique weapons, armor, and (to some extent) styles of play. Characters move around a set of dungeons, and players can use an overhead map to teleport to previously explored dungeons and areas. Objectives in this game usually consist of getting to an end of a dungeon, destroying certain targets and defeating varying levels of bosses. Weaker NPCs will occasionally fight alongside the player characters. They must not be allowed to die, or else players will have to restart from their last checkpoints.

As with most RPGs, The Warrior's Code has plenty of loot for players to pick up from chests and enemies. Characters can only carry a finite amount of stuff based on their Encumbrance value, which itself can be increased upon leveling up. Loot can then be sold to merchants for gold, which in turn could be used to buy better items and equipment. Some weapons and armor are open to limited customization by becoming fused with a variety of stones that provide different bonuses.

The story takes place after the fall of Koryn Thal, the capital of an unnamed empire. A warlord, Nakiva, marched into the city with his otherworldly army and became the land's new Emperor through a violent coup. He is also perceived to be un-killable, save for a parting wound from the slain King Nahir.

Nakiva initiates a campaign to round up changelings, beings who can turn from human to beast and vice versa. The player character (a changeling) heads down the city sewers for a secret meeting held by Suri Mah, the city's Sheriff. The Sheriff tells the present changelings to leave Koryn Thal as soon as possible. However, Nakiva's police force is on to Suri Mah and barges into the meeting. Fearing for their lives, the player character and the other changelings fight their way out of the sewer system.

The player flees up to the snowy mountains, with the Emperor's soldiers in pursuit. Before passing out he/she finds a secret monastery housing an order of monks protecting Prince Azran, the only son of King Nahir and the rightful heir to the empire's throne. In exchange for the monks' generosity and shelter, the changeling attacks the Emperor's forces stationed nearby. He/she dismantles their base of operations and defeats a small army attempting to attack the monastery through a sacred shrine. Despite the changeling's best efforts, the monks grimly realize that the Emperor's forces will soon return to attack them. The player character is to escort Prince Azran down to Koryn Thal and overthrow Nakiva, a task that the Prince has trained for his whole life.

En route to the capital, the player character and Azran encounter a group of freedom fighters stationed just outside the city. Working with the rebels, the former helps to destroy a watchtower installation and rescue the Sheriff (the founder and leader of the resistance) from the facility's torture chamber. Then with the help of Suri Mah, the player character also captures Deathguard Fortress and breaks the Emperor's hold in the region. Azran and the resistance group will sneak into Koryn Thal and prepare for an insurrection against Nakiva. The player accompanies Master Surya, the only survivor of the Emperor's eventual attack on the monastery, to the faraway and deserted civilization of Techlatal. Surya wants to investigate the origins of a powerful robed figure who led that successful attack, and believes that studying him and his necromantic coven can reveal the source of the Emperor's godlike power.

During the journey to the Forbidden Desert, Master Surya provides exposition about the coven and their misdeeds. The Amaranthine Orbis was a group of scholars who led the civilization of Techlatal. But its studies took a dark turn when it opened a portal to another world. Crops failed, livestock perished, and the spirits of the dead were doomed to an earthly purgatory. The coven ignored the consequences of its research and neglected its duties as rulers. The polity collapsed soon after, and the spirits were left to fend for themselves against the bands of Wendigo Changelings who feed off their spiritual essence. Upon reaching Techlatal, the player character attempted to improve the situation there. He/she killed the Wendigo patriarch in his den to push back the feral changeling's tribes. Later he/she also facilitated a ritual to free the spirits from their purgatory.

The player character also learns about Nakiva and his relationship with the Amaranthine Orbis necromancers. He/she learns of the Emperor's previous life as a disgruntled member of royalty, excluded from the line of succession to the Koryn Thal throne because of his changeling heritage. He met the Amaranthine Orbis through his equally bitter mother Ati Marra (who was exiled when she too was revealed to be a changeling) and helped the coven conquer an alternate plane of existence known as the 'Underworld'. In this unknown land, he defeated the Overlord Urumshai with the help of the three Yethru Princes and absorbed the Overlord with the Source Stones to gain immeasurable power. The player character travels to the Underworld to destroy the princes and the Stones, then returns home through a portal operated by the liberated Sumdai villagers. Nakiva is weakened without the Source Stones, but he is still invincible to anyone save for his blood relatives (read: Prince Azran).

Reunited with the resistance fighters in the Koryn Thal sewers, the player character escorts Azran to the palace for a showdown with The Emperor. Nakiva knocks out the Prince in their one-on-one duel, only to be killed when he fights the player character. The player character also apprehends Ati Marra in the harem girl chambers. But Azran decides to spare her. He does not want to be as vindictive or bloodthirsty as the tyrant he helped to overthrow, and feels that the changeling woman suffered enough. Moved by Azran's compassion, Ati Marra renounces her allegiance to the Amaranthine Orbis and warns of the necromancers' plot to attack Koryn Thal. She also confirms that the player character is Nakiva's distant relative, thus explaining how the former was able to hurt and slay the latter.

With a portal generated by Ati Marra, the player character travels to the necromancers' secret base and kills off the five remaining coven elders. With that, the Amaranthine Orbis is no more. Azran can now safely assume the throne. The player character returns to the sewers to celebrate the hard-won victory with his/her resistance allies. And the story ends with Azran, promising a better life for both his human and changeling subjects, addressing the citizens of Koryn Thal as their new king. 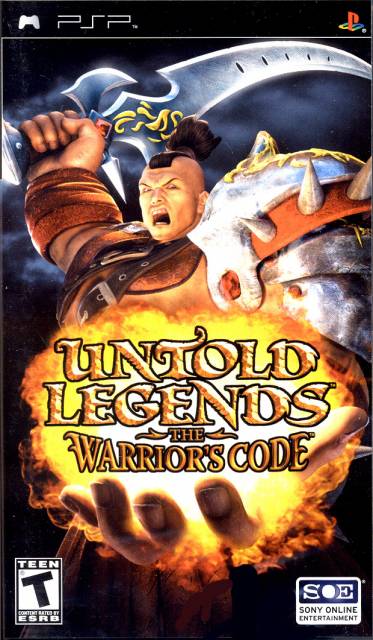