A 3D action RPG for PC by doujin circle EasyGameStation. It was localized for Western audiences courtesy of DHM Interactive & Carpe Fulgur.

Chantelise: A Tale of Two Sisters is a Japanese RPG by EasyGameStation. Unlike Recettear: An Item Shop's Tale, another game by EGS, this title has a greater focus in the combat, and features more 3D graphics, most notably in environments. The characters are still in sprite-based 2D. Like in Recettear, the game's title is a derivation of the two main characters' names ( Chante and Elise). The game was first released in December of 2006 in Japan, at the 71st Comiket convention. The game was localized into non-Japanese languages twice; first by DHM Interactive in January of 2010 at physical retail in a release that did not leave continental Europe, and then it was re-translated by Carpe Fulgur, the same company that localized Recettear, in a worldwide digital release that became available for purchase on July 29th, 2011.

Chantelise tells the story of two sisters, Chante and Elise, who begin an adventure to break a curse that was placed by a witch upon Chante. According to a fairytale in the game, whoever adventures through the woods during a night of red moon will be cursed by a witch, which is exactly what happens to one of the sisters. During that night, Chante finds a strange person, who proceeds to transform her into a small fairy. After 5 years as a fairy, the sisters start the adventure and come across a town nearby some ruins. After talking to Aira, the shop owner whom they saved prior to arriving to the town, Chante and Elise discover that in the ruins there lives a witch, that could possibly be related to Chante's curse, so they set out to find her.

Chante and Elise fail to find any information of the witch's whereabouts after talking to the townspeople. After that Aira tells the sisters about a famous fortune teller who might help them, unfortunately she is in the Remains of Earth replenishing her stock, so the sisters decide to adventure in this dungeon. After defeating several stages of monsters they find Elma , a small child. Elma tells them she is the Sage of Earth and, offended by the insult of being called a little girl she summons a boss to fight them. After defeating the boss and heading back to town, they discover that the fortune teller has come back and, when entering the house, Elma is there. Only Chante remembers of the earlier encounter in the Remains of Earth, as her fairy powder has the property of erasing someone's memory. After explaining their quest, Elma tells them to visit the Remains of Fire, for mysterious reasons.

Chantelise is a dungeon-crawler, as you must explore several different dungeons and go deeper and deeper, fighting bosses after some levels. Every dungeon contains one secret treasure to be found by the player. Hints about how to acquire these secret treasures are given by the priest in the church in exchange for a portion of the player's HP. It is also possible to fish, by equipping a fishing rod and using it with any source of water, or lava. The fishes are used as a currency when buying items from the fisherman .

Unlike in Recettear, the game has a different perspective, instead of a top view of the characters, the player sees everything from the back and has the option to " lock" the camera onto a enemy. The game features a somewhat complex battle system. Along with normal attacks dished out by Elise, the player can collect magical gems dropped by the enemies and combine them to make Chante release a spell. The spell released depends on the type of gems used. When the player first begins the game, Chante can only use up to 2 gems at a time to create a combo, but as she gets stronger she can use more gems for better spells, with the maximum being four. There are four different gems to use, each one representing a nature's element:

Every gem type has four main spells, one for each gem used, and the strongest spell, the one that uses four gems, will always summon a companion that will randomly use weaker spells of his type. For instance, using four blue gems will summon a dolphin that will either heal the player or use weak spells to damage nearby enemies.

It is also important to note that Chantelise doesn't use a traditional level up system, the only way to get stronger throughout the game is to equip new and better items, that can be either found during the stages or bought from the shops. The player can only equip a certain amount of items, but Elise's max HP can increase indefinitely, as the items that increases HP are potions that are consumed upon purchase. The price of the potion increase with each purchase made.

Unlike other dungeons in the game, "The Survival Dungeon" has 60 stages made up of random stages from the other dungeons, including hidden stages. In The Survival Dungeon there is a boss every 10th stage, some being random, some not. After defeating a boss, a man having a picnic and a chest will appear. It is possible to buy some food from the man. This is a bonus dungeon, meaning it isn't related to the main plot and may be completed any time after being open. After finishing this dungeon it is possible to sell items. 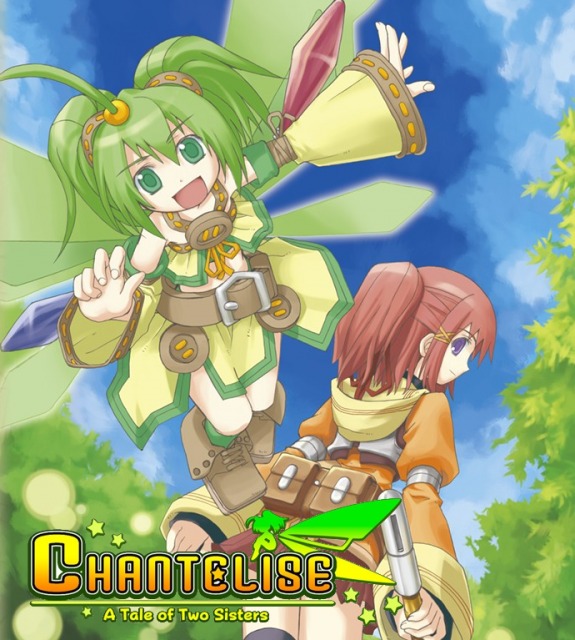