The downloadable prologue to Dead Rising 2 (exclusive to the Xbox 360) gives players a taste of the new "Combo Weapon" mechanic, as Chuck Greene must escape the zombie-infested rural town of Still Creek while preventing his daughter from succumbing to the zombie plague.
Xbox 360 Games Store

Dead Rising 2: Case Zero is a third-person survival horror action-adventure game developed by Blue Castle and published by Capcom for the Xbox 360 (via Xbox Live Arcade) on August 31, 2010. It is a downloadable prologue to Dead Rising 2, expanding the game's backstory while giving players a taste of the new gameplay mechanics (such as the new "combo weapon" feature).

Set three years before Dead Rising 2 (and two years after the events of the original Dead Rising), players control former motocross champion Chuck Greene, who must find a way to escape the rural town of Still Creek (during the beginning of a zombie outbreak) while preventing his daughter Katey from succumbing to the zombie plague (using an experimental drug, called Zombrex).

Progress made in the game, including levels upgraded and cash collected, can be imported into the main game. A second downloadable Dead Rising 2 title was released almost four months later, titled Dead Rising 2: Case West, which serves as the game's epilogue.

Dead Rising 2: Case Zero retains most gameplay elements from both Dead Rising and Dead Rising 2. Not being a war-time photojournalist, Chuck Greene receives his Prestige Points primarily through creative creative killing of zombies and rescuing survivors. The franchise is especially known for its cavalcade of improvised weaponry, some of which are less effective at dispatching zombies and more effective at humiliating them. Chuck is somewhat of a handyman and can improvise specific components into more powerful tools of destruction (called Combo Weapons) using a workbench found in the game's safe rooms. Chuck's handyman skills also serve as a plot device, as part of the main game involves finding components to rebuild a motorcycle.

The game also retains a New Game Plus system, where much of Chuck's progress (including money earned, clothing equipped, and experience gained) when completing a campaign (successfully or not) can be carried into a new campaign. Much of that same progress can also be imported into Dead Rising 2, allowing for a head start.

One of the main new features in Dead Rising 2 and Dead Rising 2: Case Zero is the ability to combine two certain items together to create a Combo Weapon, which are more powerful tools of destruction (or in the case of the Beer Hat, more powerful tools of restoration). Players can also find Combo Cards of each weapon, which not only doubles the Prestige Points earned from killing with that weapon (or restoring with the Beer Hat), but also grants a special heavy attack. When Combo Weapons are first created without the use of Combo Cards, a Scratch Card is given instead. (Merely a visual reminder for combinations, which can be replaced by Combo Cards when found)

Just as in the other Dead Rising games , there are blenders available through Dead Rising 2: Case Zero allowing the player to mix different drinks and food stuffs in order to create special power ups.

Protagonist Chuck Greene begins the game in the in a small desert town of Still Creek, population 753, not far from the glitz, vice, and recent zombie outbreak of Las Vegas. He is caring for his daughter who is infected with the zombie virus. He has a truck full of Zombrex, the medication that keeps the virus at bay in 12 hour doses, but the truck is stolen within the first few minutes of the game. Desperate to save his daughter, Greene has to wade through a town of zombies to find more medication before his daughter runs out of time and becomes a zombie herself.

Starting from the relative safety of a barricaded gas station at one edge of town, Chuck searches the town using a found map which indicates a survivor's camp at the other edge. Naturally this camp is long since overrun with zombies, but he does find one precious dose of Zombrex, and curiously a soldier that is dead but not yet turned. He overhears on a radio that the military is closing in on the town and a new timer starts counting down for the deadline when the player must escape Still Creek. In this area Chuck also finds half of a motorcycle, taking the parts back to the gas station he then proceeds to freely collect additional parts scattered through the town. Chuck discovers several other survivors and can choose to help them (or not) by accepting new missions and escorting them to safe havens such as the gas station.

Chuck will come across a total of ten other survivors. The survivors also play a part in locating the various motorcycle parts needed to escape. The first survivor is Dick, the pawnshop owner, who is trapped on top of a van just outside the safe house. Rescuing him opens the town's pawnshop where Chuck can buy some implements of death, the costly Zombrex, and the motorcycle wheel. Dick also will give hints to the locations of a couple other parts, for a price of course. The next survivor Chuck comes across is Bob, owner of the local hunting store and who has set himself up on the roof of a building across the street from the gas station. Bob has no intention of leaving his roost until he finds his missing daughter, Darcie . Being armed with an assault rifle, he can take care of himself. Bob does point Chuck to other survivors around town however.

The other survivors consist of a jackpot winning couple in the town bar, three young women recovering from a wild "staggette" party in the bowling alley and the military camp, two bikers in awe of the famous Chuck Greene being in their presence behind the department store, and Bob's daughter who found her way back to her father's hunting shop.

At 7pm Katey is due for another dose of medication, if Chuck does not deliver it in the 1 hour time window the game ends promptly. At this point it is revealed that Katey's mother had turned and was the one that bit her. When the Zombrex is administered, the game's boss battle with the psychopath Jed the Mechanic begins, and Chuck must defeat him in order to save Katey from being killed. Now with whatever time remains on the clock, Chuck has to finish repairing the motorbike and try to escape. The military appears in town and orders the father and daughter to surrender and be quarantined, but Chuck speeds away and a short driving sequence begins through zombie and soldier infested streets.

Once back on the highway Chuck stumbles across his stolen pickup on the side of the road. With the thief's corpse still inside, Chuck pulls his signature yellow motocross jacket out from behind the drivers seat and puts it on. He collects what is left of the Zombrex stash in the truck and grabs a picture of his daughter off of the sun visor. With one last look around he closes the door and returns to Katey waiting on the motorcycle. 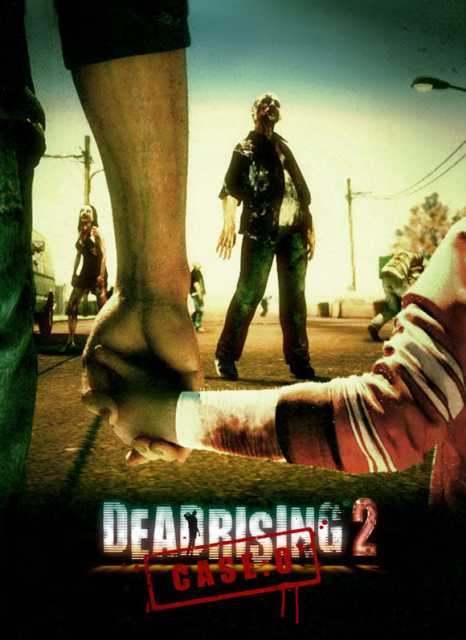