Tribes: Ascend strays away from previous games in the series by introducing more modern gameplay elements, such as a 2-weapon limit, ballistic weapons such as SMGs and pistols, tactical airstrikes, claymores and perks. Ascend is a free-to-play game that charges for loadouts and cosmetic items such as player skins. The loadouts that players pay for are also earnable for free by playing the game for an unspecified amount of time.

As of July 2012, the inventory system is now fully customizable. Players can choose to equip any equipment the respective class can use in any slot, provided the player has already unlocked that item. However, the player must spend XP (earned by playing games) or Gold (purchased with real-world money) to purchase additional loadouts.

Previously, loadouts were three pre-defined equipment sets of Light, Medium, and Heavy for each class. After receiving concerned feedback from the player community, Hi-Rez overhauled the loadout system to its current state.

Player classes in Tribes Ascend are primarily divided into variants of light, medium, and heavy armor classes. Each variant of these classes requires a different playstyle and has a different set of equipment to match its role. Class names are customizable in the menu.

The Pathfinder, Soldier, and Juggernaut classes are immediately available to new players, while other classes must be unlocked.

Unique skins for some classes are also purchasable with Gold.

The Pathfinder boasts the highest mobility among all of the classes, making it ideal for flag carrying and chasing. It is, however, the most lightly armored class.

The Sentinel is a sniper class with long range, hitscan weapons. It is most useful for flag defense, but can also fulfill an offensive role against light base defenses.

The Infiltrator has the unique ability to cloak itself using the Stealth Pack and wreak havoc behind enemy lines.

The Soldier is a well-rounded class, with a balance of mobility, durability, and firepower that allows it to fulfill a variety of offensive and defensive roles.

The Technician is a dedicated support class that can deploy turrets and quickly repair base defenses.

The Raider specializes in base destruction, with a selection of high firepower weapons and unique equipment that give it impressive staying power when attacking enemy bases.

The Juggernaut's array of explosive, AoE weapons makes it perfect for base destruction and area denial.

The Doombringer is a heavy defensive class, ideal for flag defense and bringing down enemy vehicles.

The Brute has a variety of equipment that make it well suited to many roles, like the Soldier. However, its heavy armor and extremely powerful weapons make the Brute even more effective against enemy infantry, especially indoors.

There are three available vehicles, all can be purchased from a Vehicle Station once enough credits have been earned, as long as the generator is online. Vehicles can receive increased health and energy, and reduced cost and damage received, through perks such as Wheel Deal, Pilot, and Mechanic.

A two-man hover bike, equipped with an 8 round automatic grenade launcher and whatever weapon the passenger is holding. Equipped with a boost for gaining speed and air. Excellent for chasing light units and fast transport.

Aerial one-man vehicle. Armed with a 4 round plasma cannon and an afterburner for hovering and boosting. Cannot be purchased by heavy classes.

Hover tank where the driver can control the main cannon and a second player uses the machine gun turret. Driver can also boost, and one player can switch between seats with F1 and F2.

Ascend launched with seventeen maps, a few of which are as follows: Crossfire (inspired by Broadside), Katabatic (remake), Arx Novena, Sunstar and Temple Ruins, with future maps being released for free. Ascend does not feature any community map-making or mod tools at release because Hi-Rez states that their main focus is building a large community of players first, and then supporting the game themselves. While a significant blow for the Tribes modding scene, Hi-Rez haven't ruled out the possibility of releasing mod tools sometime in the future.*

*Community members themselves have been reverse-engineering the game to create their own SDK for modding and mapping, as Hi-Rez's Todd Harris has stated that they will be stopping continuous development of Tribes: Ascend, in favor of SMITE.

Tribes: Ascend includes three types of servers: Public, Ranked and Private. Little is known about the details of these severs, especially ranked and private. However, Hi-Rez Studios' Todd Harris had this to say in an interview with The Examiner's Scott Grill:

Our priorities are really we want to support the Pub play experience first. Really expose the largest number of people to the franchise and start to get them trained on this new type of shooter. Then we want to support competitive play meaning ranked matches on our servers for controlled experience with things like ELO ratings and matchmaking so that there can be competitive play different from pub play. And then we’ve also talked about private servers which is really more if a clan or individual wants to control who they are playing with or maybe change some server flags, that’s in our plans as well.

We have a roadmap of features including clan support and tournament support. Where exactly they land, we’ll have to see.*

*To date, Hi-Rez has dropped development support for Tribes: Ascend and has opted to fully devote their time to SMITE.

Credits are earned throughout matches by completing certain tasks, such as capturing the flag, destroying an enemy turret or killing an enemy. Players can then use those credits to purchase vehicles like the Shrike or Gravcycle, to upgrade base structures like turrets or the generator, or to use several call-in abilities including a supply drop and orbital strikes. 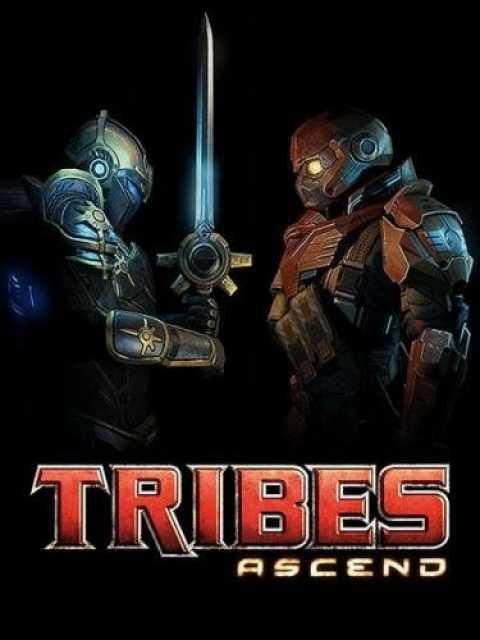