Heroes of the Storm

Heroes from Warcraft, StarCraft, Diablo, Overwatch, and other universes are summoned to the Nexus for five-on-five combat in Blizzard's take on the MOBA genre.

Heroes of the Storm is a free-to-play action real-time strategy game developed and released by Blizzard on June 2, 2015 for the PC and Mac.

Inspired by the Defense of the Ancients custom scenario for Blizzard's 2002 real-time strategy game Warcraft III: Reign of Chaos, Heroes of the Storm brings various heroes from the universes of Blizzard's other game franchises (primarily Warcraft, StarCraft, Diablo, and Overwatch) into five-on-five combat as they gain new abilities, destroy fortifications, contest map objectives, and stem the tides of AI-controlled creeps.

The game distinguishes itself from other similar Multiplayer Online Battle Arena games by streamlining most of the traditional but clunky game mechanics. Instead of in-game currency and an inventory system, players gain new "talents" (adding a special characteristic chosen from one-time talent pools) by leveling up as a team. Games are considerably faster-paced, with all players being more effective from the start (as they start with all of their basic abilities, have toggle-able faster-moving "mounts", and use a shared team-based experience counter). Each of the many maps also have battleground-specific objectives to capture, allowing well-organized teams to help devastate enemy buildings.

Like League of Legends, the game features a weekly free-to-play rotation, granting free access to only a limited amount of Heroes to choose from. Players can unlock Heroes permanently with in-game Gold (earned by playing the game) or through microtransactions. Microtransactions can also allow players to purchase alternate outfits for their Heroes (sometimes affecting their voice lines, animations, and ability effects), alternate mounts, and "Stimpacks" (granting a time-limited boost of earned Gold and player XP).

Heroes of the Storm was initially revealed at BlizzCon 2010 under the name "Blizzard DOTA" as a simple StarCraft II: Wings of Liberty mod to showcase its modding features. Over time, the game was rebooted into a standalone game and was renamed twice (once to "Blizzard All-Stars" and once to the current name). It went into a technical alpha starting on March 13, 2014, into closed beta on January 13, 2015, and into open beta on May 19, 2015. The game continues to get regular updates, including new playable characters, battlegrounds, and alternate outfits for existing characters.

Every hero starts with 3 abilities and a (sometimes activatable) trait. On top of this Heroes grow through the Talent system. Basically when a team hits levels 1, 4, 7, 10, 13, 16 and 20 each hero gets to choose a talent from a list of 3-5 talents. At every tier Talent choices are mutually exclusive. Some change how your basic abilities work like Hammer Time which allows Falstad to stun enemies slowed by his hammer ability by auto attacking them. Some change how your traits work like Kerrigan's Aggresive Defense talent which gives her twice the shields she'd otherwise get from her trait. Some are somewhat generic stat boosts under certain circumstances like Giant Killer which offers extra damage vs enemy heroes. Some are basically extra activatable abilities which map to the number keys such as Sprint which is a speed boost.

Through talents Blizzard is able to offer options to build each character that make sense and aren't (ideally) terribly overpowered. With the talent system one Hero can have a talent that'd be overpowered on another Hero.

In the original release, most talents were initially locked for each Hero to avoid overwhelming players with choices. This gating was lifted for each Hero once they reach a specific Hero Level and was lifted for all Heroes once players reached Player Level 25. It was later removed completely, allowing all talents from the start.

Healing Fountains give Heroes a large amount of health over time allowing them to stay in lane for longer.

Walls block units from entering enemy territory near Keeps. Teleportation and many other movement based abilities can still pass though the walls however.

Gates like walls block units, but only units from the opposing team. Creeps and Heroes can pass through gates on their own side of the map. Gates also block vision for enemy heroes.

Towers defend lanes, 2 are attached to each wall and gate while another sits behind each keep. They have relatively low ammo that recharges over time.

Keeps defend the lanes behind the walls. Keeps have a lot of ammo and health as well as giving a large amount of XP when destroyed.

The Core is the main objective of Heroes of the Storm, destroying it causes the game to end. The core can defend itself and has infinite ammo.

Watchtowers give a team sight in a large radius after standing on them for a short period.

The initial release of the game included 37 Heroes in its roster, with additional Heroes added on a near-monthly basis. As of the release of Deathwing, there are currently 87 Heroes in the roster (88 if counting Cho and Gall separately).

Each Hero in the game is put into one of six roles: two damage-dealing roles (Ranged Assassin and Melee Assassin), two damage-tanking roles (Bruiser and Tank), and two supportive roles (Healer and Support). Prior to March 26, 2019, it was four roles (Assassin, Warrior, Support, and Specialist).

The game features a weekly free-to-play rotation of 10 playable Heroes. Each rotation always features one of each of the three major franchises and one of each role. The 7th-10th heroes are locked until the player reaches level 5, 7, 12, and 15 respectively. To celebrate certain events, Blizzard has sometimes made the entire roster free-to-play during a rotation.

While Ranged Assassins are generally fragile, they can deal out powerful damage at a safe distance.

Melee Assassins can deal powerful damage at close range, but are not as survivable as Tanks and Bruisers.

Bruisers can absorb a lot of damage, but are generally not as powerful as Assassins.

Tanks do not have as much damage output as Bruisers or Assassins, but can block and absorb a lot of damage.

While Healers are neither as tough or deadly as the other units, they have unique healing capabilities.

While not as specific with their role, Supports provide unique benefits for their teammates (including shielding and teleportation).

Each battleground in Heroes of the Storm includes 2-3 lanes dotted with groups of fortifications (including walls, gates, towers, healing fountains, and keeps). Towers and Keeps have strong turrets (Keeps especially- they'll slow your move speed and attack speed if they hit you), however they'll target minions first and will need to reload ammo if pushed hard. At the far end of each team's base is the Core, the destruction of which is each team's ultimate goal.

In between the lanes are "jungle" areas where Mercenary Camps lie. Mercenaries are neutral minions who can help push lanes if they are defeated and the camp is captured. Some battlegrounds also include watchtowers (which can show a large area when captured). All battlegrounds include blind areas, or "bushes", which conceal everyone inside.

Unique with all battlegrounds are special Objectives, requiring teams to perform a special location-based objective (from capturing shrines to collecting and turning in dubloons) to grant the team a significant advantage (either by bombarding fortifications or granting a special ally).

Set in the Diablo universe, this dark fantasy realm details the epic struggle between the High Heavens (led by the Immortal Ilarian) and the Burning Hells (led by the Immortal Beloth). These battlegrounds are unique in that each side has their own unique appearance for architecture and minions.

Set in a bright, colorful medieval-fantasy landscape, this storybook realm has some dark secrets hidden within.

Reminiscent of Ancient Egypt, these battlegrounds are set both above (Sky Temple) and below (Tomb of the Spider Queen) the desert sands of this realm.

Set in the StarCraft universe, this sci-fi realm takes place on Terran facilities, with Terran infantry as both sides' minions.

Set in a nautical seaside medieval-fantasy landscape, this realm is hosted by the evil ghost pirate Blackheart.

Set in the Overwatch universe.

Set in a dark, twisted medieval-fantasy landscape, this gothic horror realm is where two realm lords attempt to gain control: the Raven Lord and the Grave Keeper.

Special maps used for the Brawl game mode, which are either unique single-lane arenas (with unique objectives) or standard maps with mutators (unique gameplay modifiers). The current Brawl Map in the weekly rotation can also be used in the Custom Game mode.

All Arenas and most Mutators, players use the "Shuffle Pick" system at the beginning of each game (each round for the Arenas), in which

The game uses a "Shuffle Pick" system for all Arena maps and most Mutators, in which players pick from a group of three random Heroes of a certain class at the beginning of each round. In rare occassions, all players start off as the same Hero.

Best of three rounds. Teams do not have Minions, Towers, or an attackable Core, and players instead focus on a specific objective in a one-lane map.

One-lane maps designed for ARAM (All-Random All-Mid) players and those who prefer constant teamfights. Hearthstones, Starting Area Heals, and special Battleground Objectives are disabled. Regeneration Globes are scattered throughout the map. Cores have no regenerating shields. All players start as a random hero.

Heroes of the Dorm

In 2015 Blizzard made Heroes' first official push into eSports with Heroes of the Dorm. It was a collegiate league where over 100 teams from various North American colleges threw down for the grand prize: College tuition for all 5 members of the winning team. The tournament was streamed by ESPN live on ESPN3 and then, during the finals, on ESPN2 on the actual TV channel.

The event has become a yearly event through March/April.

Unlike the first Heroes of the Dorm which preceded it, which used no bans, Road to Blizzcon used bans. In fact, it introduced the Mid-Ban format. This was new to the scene which had been using 1 ban drafts up to that point. After its invention Mid-Bans have become the prevailing draft type in competitive and have been added to the ranked modes in game.

To buy Heroes without money and some vanity cosmetic items you'll need gold. The newer a hero is the higher they'll be priced. This is especially true when they're brand new since for the first two weeks they're 5000 gold more expensive than normal. There are several ways to earn gold by playing the game regularly.

For those with cash Heroes can be bought with cash instead of gold. The prices range from 2 dollars to 10 dollars normally. Additionally there are skins and mounts that are not available for purchase with gold. Depending on the amount of work put into each skin (e.g. Custom Ability Work, Custom Summon Work, Custom Mount, new Voice Acting, etc) skins can be priced upwards of 15 dollars.

There are also bundles (with flexible pricing if individual heroes are already owned) that allow you to get multiple heroes and skins for a bundled price. Additionally every week 1 Hero and 2 Skins/Mounts go on sale for roughly half off. Finally Heroes offers Stimpacks that boost XP/Gold Gain for a period of time.

There's also Expansions. An expansion lasts around 3 or 4 months during which all the content (heroes, maps, skins and mounts) matches the theme of the expansion. So far there's been one Expansion, the Eternal Conflict, which was Diablo themed. Other expansions will likely come eventually. 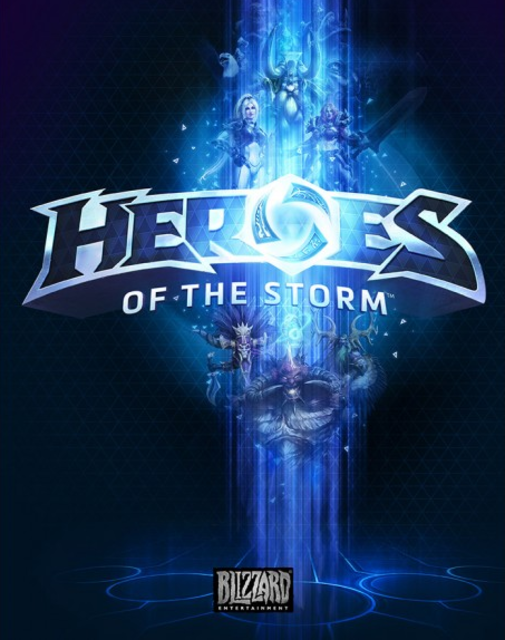