An Atlus-developed RPG for Wii U set in a modern-day world of music and art featuring characters and gameplay elements from Intelligent System's Fire Emblem franchise mixed with elements from the Shin Megami Tensei franchise.
Wii U

Tokyo Mirage Sessions ♯FE (Genei Ibunroku ♯FE) is a joint venture between Nintendo and Atlus, announced in a Nintendo Direct on January 23, 2013. The game was first revealed as a crossover between Atlus's Shin Megami Tensei series and Intelligent System's Fire Emblem franchise, and developed by in-house Atlus in collaboration with Nintendo SPD Group 2 under Hitoshi Yamagami. The first teaser trailer for the game didn't show any gameplay, but rather preexisting artwork of characters from both franchises. The game is an RPG set in modern day but featuring appearances from the fantastical characters (called Mirages) of the Fire Emblem series.

Shin Megami Tensei x Fire Emblem is an early example of a new initiative by Nintendo to partner with and provide assistance to third parties in order to produce platform exclusives. Though Nintendo has finite resources to produce games internally, they can share resources with third-party studios to assist in the development of external projects, resulting in collaborations such as this Shin Megami Tensei/Fire Emblem crossover.

Nintendo's Hitoshi Yagami, while not speaking at length about the game, hinted in a July 2013 interview at a possible direction that the game will take:

"For a long time, I’ve wanted to create a Fire Emblem in our times, in the real world. Imagine a Pegasus that comes from the sky and lands on Building 109 of Shibuya, Tokyo. I always thought that would be incredible. At the same time, I know it’s hard because of how Fire Emblem is. I visited many companies to express these ideas. When I went to Atlus, I was told that Shin Megami Tensei together with Fire Emblem is what I wanted. So, I soon said that to Intelligent Systems and started this very special collaboration. Oops! I shouldn’t say that the game takes place in the real world. We haven’t announced it, right?"

The game was not on display at E3 2014. However, during a Q&A session following the unveiling of Intelligent Systems' Code Name: S.T.E.A.M. on June 11, 2014, Yamagami briefly noted that the game is "right on schedule." On April 1, 2015 the game was finally fully revealed via a Nintendo Direct set for release in Winter 2015 in Japan and 2016 for the rest of the world. 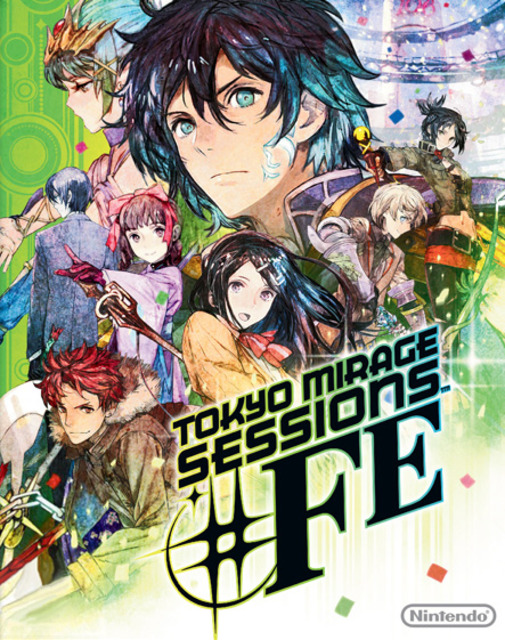