Shadow Warrior (not to be confused with the original 1997 game of the same name) is a first-person shooter developed by Flying Wild Hog and published digitally by Devolver Digital for the PC (via Steam and other storefronts) on September 26, 2013. It was later released (both digitally and in retail form) for the Xbox One and PlayStation 4 on October 21, 2014 and later received a direct sequel.

A total re-imagining of 3D Realms' 1997 first-person shooter of the same name, Shadow Warrior puts players in control of Lo Wang, a modern-age quick-witted "corporate shogun" hired by Zilla Enterprise to locate a mystical katana (the Nobitsura Kage) while battling various demonic forces with the help of the wise-cracking banished spirit Hoji.

Along with a new emphasis on sword-based combat (including a variety of new techniques) and various upgradable firearms (each of which have secondary firing modes), the game features numerous magical abilities that Lo Wang can unlock (including the ability to heal himself and stun enemies). Unlike the original game, this reboot features a new sense of humor that does not fall back to racial stereotyping. 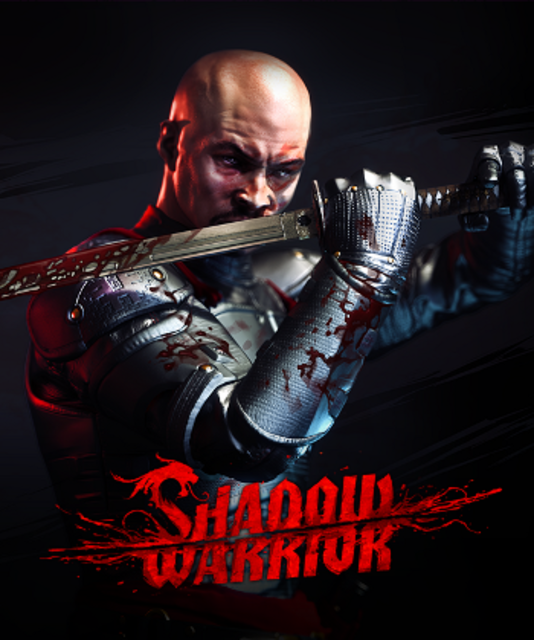