The third sequentially numbered title in the Kingdom Hearts franchise.

It was first revealed during the 2013 Sony E3 press conference, where it was announced as coming to the PlayStation 4. On June 11th, 2013, Square-Enix also confirmed the title will be released on Xbox One as well. Kingdom Hearts III will be the first game in the series to see release on a Microsoft console.

The game is planned for release in January 29th, 2019 (January 25th in Japan), and will feature a new theme song from Utada Hikaru titled "Oath" for the Japanese Version and "Don't Think Twice" for the English version.

Following the events of Dream Drop Distance, Sora searches for the Power of Waking so he and others can assemble the 7 Guardians of Light to battle Master Xehanort's 13 Darknesses and the latter's mission to form the χ-blade. 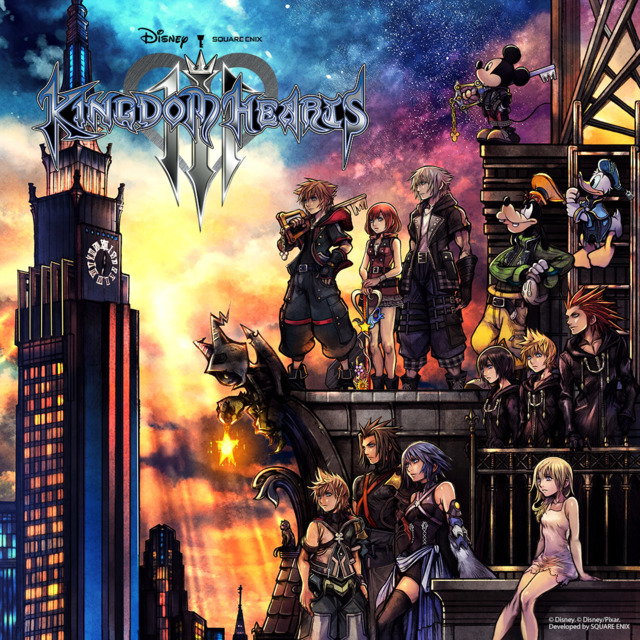