Rise of Incarnates was a Free-to-Play 3D-arena-based 2 vs. 2 fighting game developed by Bandai Namco. The game was officially shut down on December 15, 2015.

A free-to-play, arcade-style online fighting game that pits two teams of two players against each other, forcing them to use their unique character's skills together to defeat their opponents. After struggling to find a consistent playerbase, the game was shut down on December 15, 2015, five months after its official launch.

Somewhere in the future, the world has been overtaken by natural disasters, such as meteorites falling to Earth leaving mysterious cubes and cold fronts sweeping over areas where warmer climates are the norm. During this time, several people have begun to manifest powers from mythological beasts and gods. These people are called Incarnates. Though the general public fears the Incarnates, several powerful people around the world seek to harness the Incarnates for their own ends, while a mysterious voice calls upon them to defeat the "Sovereign."

These characters have very low HP, but are incredibly agile and capable of keeping enemies busy.

Balanced characters who can perform well at close or medium-range, but several have unique quirks that require careful strategies to deal with.

Incredibly powerful characters who are also incredibly slow and may have trouble dealing with close-range attackers.

These characters have been introduced into the story, but are currently unplayable.

Each pair starts the match with a full Stock meter containing 6 Stock that both characters draw from when respawning. In order to win, one team must reduce their enemy's stock to below 0. Different characters require 1-3 Stock to respawn, so if a dying character's stock count is more than the team's remaining stock, the team loses.

At the end of each match, alongside the general battle stats, each pair is graded on teamwork through the amount of "Nice Cuts," Tag Combos and Chain Attacks they were able to pull off in the round, resulting in a letter grade of C (lowest), B, A or S (highest). Getting an S ranking also nets a Steam achievement the first time.

Each character has four attack categories: a melee attack, a long-range attack, a special version of each attack, and a special character ability. Each of these attacks varies depending on the character. Most attacks have a corresponding meter on the bottom-right of the screen, right next to a number (where applicable) that tells how much ammo/charge is left before the attack will auto-reload.

During the battle, teamwork is a key to victory. One way to accomplish this are "tag combos," where one character launches up a single enemy into the air, and a second character will see "Tag Combo Chance" flash on their screen. They have a couple of seconds to follow up with either a long-range or melee finisher that does much more damage than a standard attack if successful.

Every character also has a unique "Awakening" ability that depends on a meter which is filled as the player is hit throughout the match. When triggered, the Awakening ability briefly gives a buff to the team and/or a debuff to the enemy team, which varies depending on the character that uses it. If the triggering character is being attacked at close-range while Awakening, the attacker will also be knocked back, giving the Awakened character a chance to retaliate.

The skill cube is used to enhance the stats of the player's character. Skill Cube materials can be acquired either directly through the store or randomly at the end of any match. The materials can be arranged Tetris-style as long as there is space available to place the blocks. Additional Skill Cube spaces can either be obtained after hitting certain milestones or purchased through the store with either currency.

Materials have a limited number of uses before they break and cannot be used, but they will stay in your inventory. Spare materials can be synthesized to repair damaged or broken Skill Cube materials, or used to increase the "level" of a single material, thus increasing it's effectiveness.

Most materials can be used for every playable character, and can enhance offense, defense, speed, tracking movement of attacks, and more. Further, there are some character-specific materials that enhance specific attacks when using the corresponding character.

Players are divided into two teams of two apiece, either with pre-formed teams or with two solo players paired at the start. The game has no native text chat aside from a handful of preset phrases, but does allow for voice-chat if the player has a microphone hooked up to the computer.

When a player reaches level 10, they unlock the ability to create a "Circle," or the game's version of a Clan, and start gaining members. However, they are free to join a Circle at any level, provided the Circle is either open to new members or has invited them to join.

There are two types of currency in place: LP (Lamina Points) and IP (Incarnate Points). LP can be earned in-game without spending anything. IP can be earned when converted from real money through Steam wallet.

Bandai Namco wished to bring its popular Gundam Vs. franchise to Western markets, but for unspecified reasons could or would not simply localize the game itself. Instead, they performed market research and decided to bring the 2v2 arcade game overseas as a free-to-play online PC game, using an original IP they had reportedly been developing for years alongside Gundam.

"We've been developing this game for some years now and we've done a lot of market research as well. Some of the gameplay mechanics we found were still viable to western audiences, we kept and refined, but a lot of times we discarded them for something completely new. A large portion of the game is quite different from Gundam."

--Ryuichiro Baba, Producer of both Gundam Vs. and Rise of Incarnates [source]

Characters were created for the game by designers who had originally worked on Soul Calibur and Tekken games (also owned by Bandai Namco). The first four of these characters were revealed in an announcement trailer shown on April 2014, with the Incarnates of Mephistopheles, Ares, Lilith, and the Grim Reaper.

The game entered beta in 2014, and later appeared on Steam through the Early Access program in early February 2015. The game officially "launched" on July 1, 2015. 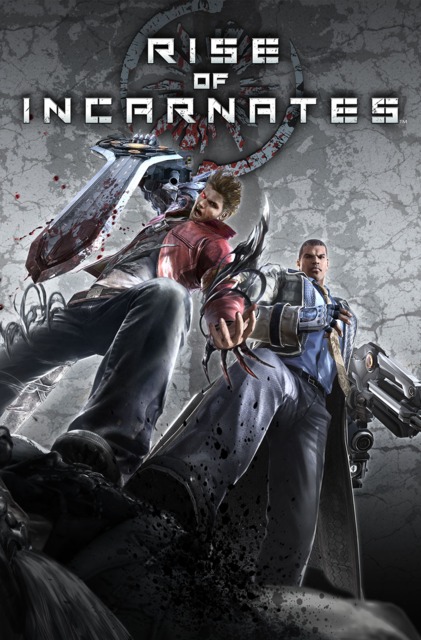