Ys VIII: Lacrimosa of Dana is the eighth numbered installment of the storied action-RPG franchise created by Nihon Falcom. The game was developed for the PlayStation Vita and released in Japan on July 21, 2016. A port of Ys VIII was later released for the PlayStation 4 on May 25, 2017 that contained enhanced visuals as well as additional story content that was originally cut from the Vita version. NIS America eventually published Ys VIII in North America on September 12, 2017, followed by Europe on the 15th, for the Vita and PlayStation 4. Nippon Ichi also released a port of Ys VIII for the Nintendo Switch worldwide in June of 2018.

A PC port was planned to be released by NIS America alongside the other platforms in 2017 but was delayed multiple times due to technical issues before it was finally released on April 16, 2018. The initial PC release, developed by Tin Giant, was plagued with many problems that were fixed little by little through multiple patch updates. However, even after all the patches, the PC version was still quite buggy until PH3 Games, a porting company founded by Peter 'Durante' Thoman, created a massive update for the game on January 17, 2020. The fix alleviated many of the port's issues and even added an experimental local co-op mode.

Following tradition, Ys VIII once again finds the series' protagonist, Adol Christin, shipped wrecked in an unfamiliar country although this time around he is not alone, all of the passengers that where abroad the ship with Adol have been stranded on this new land with him. Adol and his group of castaways are now trapped on an inescapable island, that appears to be uninhabited, where they must work together to survive and find a way back home. At the same time, Adol begins having mysterious dreams about a blue-haired woman named Dana who is connected to the island's past and a horrible catastrophe that occurred thousands of years ago.

Ys VIII's Western release was met very negatively by some fans who criticized NIS America's English and French translations for the title. Typos, grammatical issues, strange localization choices, stilted dialogue and an apparent lack of editing lead to a group of fans on Reddit starting a write-in campaign where emails were sent directly to Falcom in order to express their dismay over NISA's treatment of the game's script. Perhaps because of the campaign, several Japanese news sites even began publishing articles about Ys VIII's poor English release, including the gaming website Automaton. This eventually led to NIS America's president, Takuro Yamashita, issuing an message to fans formally apologizing for Ys VIII's localization on October 10, 2017. Yamashita promised in his message that a patch fixing Ys VIII's script would be released by the end of November and that steps would be taken to ensure that future titles released by the company would not have similar issues. However, due to the extensive amount of work needed to fix the game's script, the patch was delayed to early 2018 which in turn delayed the release of NIS America's PC port of Ys VIII, which had already missed its September release due to technical issues. Eventually the localization update was released on January 30, 2018, which re-translated or rewrote a large majority of the game's text and featured an almost completely re-recorded dub. 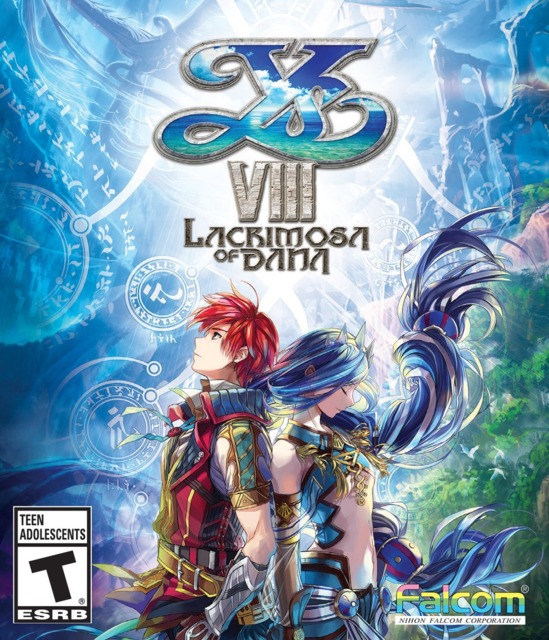