Virtual On: Oratorio Tangram was a mech fighting game from the "Virtual On" series of games released for the Sega Dreamcast in 1998. Though the game was developed and also published by Sega for the Japanese release, the North American release was published by Activision. 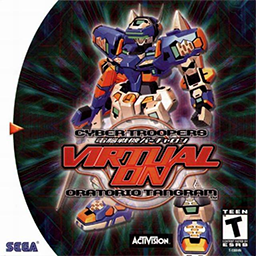