A standalone expansion and prequel to the 2014 game Wolfenstein: The New Order, loosely recreating the story in Return to Castle Wolfenstein.

Wolfenstein: The Old Blood is a sci-fi first-person shooter developed by MachineGames and published digitally by Bethesda for the Xbox One, PlayStation 4, and PC on May 5, 2015. It later received a physical retail release in some regions.

A standalone expansion and prequel to Wolfenstein: The New Order, The Old Blood takes place in an alternate 1946 (just before the prologue of the original game) and is considered a loose remake of the story in Return to Castle Wolfenstein. As O.S.A. agent William "B.J." Blazkowicz, players must infiltrate Castle Wolfenstein to find a top-secret document containing the location of Nazi commander Wilhelm "Deathshead" Strasse, only to uncover a secret Nazi excavation (led by Helga von Schabbs) dealing with occultism.

The events of Wolfenstein: The Old Blood take place in 1946, over a decade before the bulk of events in Wolfenstein: The New Order. World War II is beginning to be lost to the Nazi war machine, thanks mainly in part to the monstrosities created by the infamous General Wilhelm "Deathshead" Strasse.

Unfortunately, shortly after entering Castle Wolfenstein, the duo is caught by Helga Von Schabbs’ right-hand man - Lt. Rudi Jager - an imposing figure, with a soft-spot for training blood-thirsty dogs. B.J. Blazkowicz eventually escapes imprisonment from the castle in dramatic fashion, but Agent Once (Richard Wesley) is killed after being tortured.

B.J. makes his way to Wulfburg, the small town that sits adjacent to Castle Wolfenstein to make contact with the local resistance leader Kessler in hopes of finding Agent Two (Pippa) to continue the Operation Wolfestone. When B.J. makes it to the tavern where Kessler is hiding, Rudi Jager and a throng of Nazis attack. B.J. escapes along with Kessler and a tertiary character Annette.

Kessler gives the location of Agent Two, and B.J. Blazkowicz makes his way through Wulfburg to find her. Through nefarious methods, she obtained information of the location of the secret documents B.J. seeks to complete Operation Wolfestone (Helga’s tavern room). Disguised as a waiter serving wine, B.J. blows his cover through his atrocious attempt at speaking German. At the same time, a large earthquake rocks the town of Wulfburg, and offers B.J. an opportunity to escape. Helga Von Schabbs had been digging for a hidden vault, housing mysterious power dating back to the days of King Otto I (the original proprietor of Castle Wolfenstein during the Dark Ages). The Nazis opening the vault caused an earthquake and release of a green gas that causes the dead to come back as fiery zombies.

While chasing Helga and the secret documents - B.J. Blazkowicz fights hordes of zombies and Nazis. During these events, B.J. Blazkowicz can make the choice to either save Kessler or Annette (the choice has no impact to the main storyline). Eventually, he catches up with to Helga Von Schabbs in the aforementioned vault. He also encounters a humongous ancient beast created (and subsequently hidden in the vault) by King Otto. Helga is fatally wounded during the confrontation, and B.J. battles the beast one-on-one. The beast is eventually slain, and B.J. retrieves the secret documents from a dying Helga Von Schabbs. The game ends with a rescue by Fergus, and the events leading up to the next game in the timeline, Wolfenstein: The New Order.

Similar to Wolfenstein: The New Order, this game possesses a number of collectibles (83 in total) that can be found within its prologue + eight chapters:

Various trophies/gamerscore are awarded to finding all of these. Additionally, collecting all of the "old silver" pieces (136 in total) in the nightmare levels unlocks classic characters in the biography viewer. 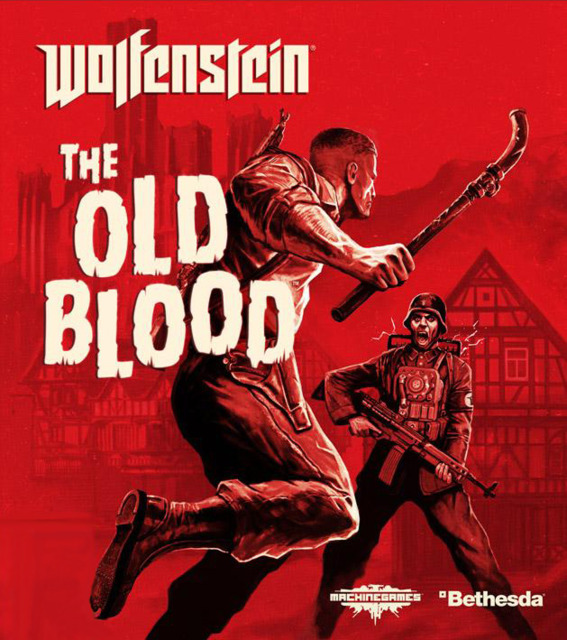