A free-to-play multiplayer-focused "hero shooter", from the studio behind the 2014 MOBA Smite, with a strong fantasy-meets-scifi theme.

Paladins: Champions of the Realm (known in-game as Paladins) is a free-to-play multiplayer-focused high-fantasy first-person/third-person shooter developed by Hi-Rez Studios (later by Evil Mojo) and released digitally by Hi-Rez Studios for the Xbox One, PlayStation 4, PC, and Mac on May 8, 2018. It was later released for the Nintendo Switch on June 12, 2018.

A "hero shooter" in the same vein as Blizzard's Overwatch, Paladins combines elements from class-based teamplay shooters (such as Team Fortress 2) with hero-based MOBAs (such as SMITE). The game includes a deck-building system, allowing players to customize the abilities and playstyle of each Champion, and later added complete cross-platform multiplayer and progression support.

The game takes place in a fantasy realm years after a group of magical warriors (known as the Paladins) brought about an era of peace after a cataclysmic event. After the discovery of newfound limitless magic through crystals, two major factions are at war: a powerful order of magic users known as the Magistrate (led by ex-Paladin Karne, who seeks to quell potential chaos by banning all crystal magic from the common population) and the common Resistance (led by ex-Paladin Valera, who believes that crystal magic can be used freely for progress).

The Steam version of the game was originally released as an early access title September 15, 2016, while the XB1 and PS4 versions received an open beta on May 3, 2017. Along with seasonal updates, the game later received two spin-offs: the mobile top-down "hero shooter" Paladins Strike and the survival-shooter Realm Royale.

Paladins is a team focused online first-person shooter. Teams are filled with unique characters with their own abilities, weapons, and traits.

Each Champion has four unique skills associated with their weaponry. The main skills operate on a cool down and can only be used again once that countdown timer reached zero. Each character also has an ultimate skill that can only be used once a meter has reached 100%. This meter fills slowly on its own and by doing damage to enemies. Once the ultimate has been used the meter resets to 0%.

The game was initially released with a roster of 36 playable Champions, each split up into four roles: Front Line, Damage, Support, and Flank. As of the release of Corvus, this total was increased to 45 Champions.

Excel at using their heavy health and defensive abilities to maintain control of objectives and protect teammates. They gain double Credits for standing near objectives.

Excel at using their weapons and abilities to deal consistent damage to enemy players. They gain double Credits for dealing damage.

Excel at using their mobility to flank and finish off enemies. They gain double Credits for landing finishing blows.

Players in the PC version can enable a special Quickplay option to play on unfinished "test maps".

A round-based multi-phase objective mode where teams fight to take control of a Payload cart at the center of the battlefield, and then proceed to either escort that Payload uncontested (when successfully taking control of it) or stalling the enemy team's Payload for a certain amount of time (when failing to take control of it). Teams earn points either by taking control of the Payload in the first phase (one point), or by successfully escorting/stalling the Payload in the second phase (one point). Rounds end after the second phase.

A king-of-the-hill game mode where teams fight to maintain control of a single Control Point at the center of the battlefield. Teams earn points by killing enemy players (five points each) and by having at least one teammate (and no enemies) on the Point (one point per second).

A special variant, titled King of the Hill, was added to the Onslaught queue on September 11, 2019. The Control Point relocates to a different spot on the battlefield every 90 seconds, and players spawn in random locations throughout the battlefield (in close proximity to their allies).

First team to reach 400 points (or the highest scoring team after the timer expires) wins the match.

In addition, the Snowfall Junction and Trade District maps from the Team Deathmatch mode were made available for the King of the Hill variant on September 11, 2019.

Basic team deathmatch, where teams earn points for eliminating opponents. Unlike other modes, players spawn at random locations throughout the battlefield (in close proximity to their allies) and can both change their loadouts and purchase Items anytime throughout the match.

First team to reach 40 kills (or the highest scoring team after the timer expires) wins the match.

In addition, the Foreman's Rise and Magistrate's Archives maps from the Onslaught mode can be played in this mode through Custom matches. 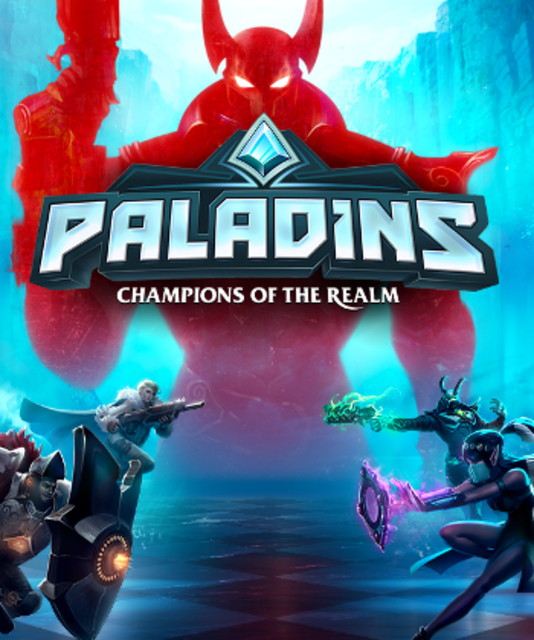