Control a towering mecha and duke it out against others in this 3D platformer-fighting game.

Override: Mech City Brawl is a 3D sci-fi mecha-based platformer-fighting game developed by The Balance and published digitally by Modus for the Xbox One, PlayStation 4, and PC on December 4, 2018.

In Override, players take control of one of 12 towering mechs and duke it out in cities and other arenas around the world. In addition to standard Versus Mode matches (online and offline, supporting up to four players) and basic Training and Survival modes, the game includes a story campaign (with co-op support).

One key feature of the game is "party co-op", which allows multiple players to take control of a single mech (with one player piloting and up to three additional players taking control of arm and leg attacks). 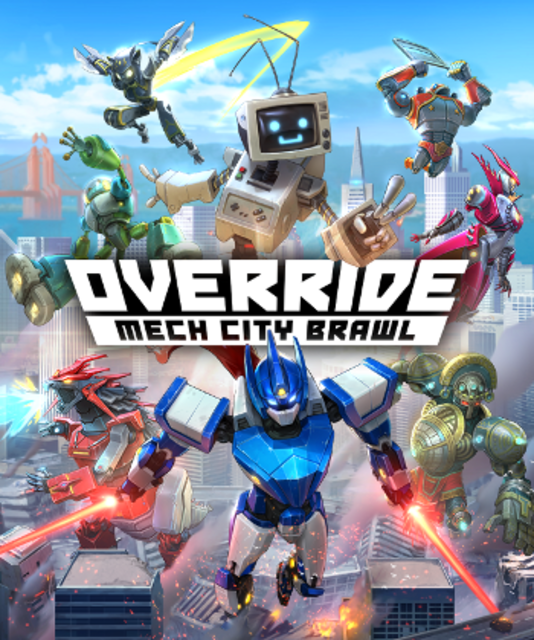