Gigantic spaceship, no recollection of anything. Weapons, loads of ‘em. Hundreds upon thousands of robots. Protocore, Iumtec’s upcoming fast-paced First Person Shooter, is all about surviving the relentless robotic assaults to navigate through the Autonoma to get back memories, pieces of information to finally understand what's going on.

PROTOCORE is an independent 1-4 player first person shooter made with Unreal Engine 4. It has already been developed during 2 years by a team of ten people and will be the first game released by IUMTEC, a French indie studio based in the city of Strasbourg., France.

In Protocore, the player is dropped into arena-like stages inside the Autonoma, a massive spaceship seemingly devoid of any organic lifeform. Triumphing over the relentless waves and reaching the objective in a given time are keys for the player to enter the next stage, where stronger and more enemies await.

Through stages, player will gain ressources by killing enemies and exploring the environment. Ressources that he can spend to upgrade his character, buy new weapons and new abilities. With more than 30 weapons and special skills, it will be possible to craft its very own way to play. But the play will have also to be smart. Because the enemy that he is facing will play with him by changing the game according to his actions through an adaptive Artificial Intelligence system.

The game has come to Alpha stage in September 2019, bringing a lot of new features, weapons, enemies and environments.

The core gameplay has also completely changed, becoming smoother and easier to understand as making its original doom-like feeling even stronger.

Finally, an adaptive AI features has been added under the name of NEMESIS system. This feature consists to collect data from players in real time, making the game AI understand how they are playing then attribute them a profile based on their strongest skills. Then the game will change, bringing new abilities to the adversity in order to counter as best this profile. Pushing the player to constantly adapt himself and change his way of playing the game.

A new Alpha test session is planed between the 9th and the 15th of December. Subscriptions are open on the game website.

PROTOCORE will also enter in early access around Q1 2020, this in order to balance the NEMESIS system with real players data and polish everything else before a release around Q3/Q4 of the same year on PC, Xbox and Playstation.

A lot of work remains, mainly on the story telling and adding as much content as possible. 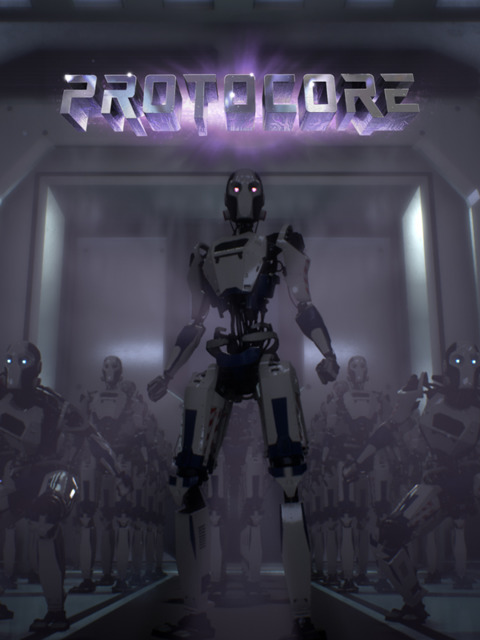