A vertical-scrolling shoot em up, released in 1980.

This game is similar to Galaxian in that it is about a space ship shooting waves of enemies that come around the screen, but with a vertical scrolling playfield. The ship itself starts as a 3 stage ship and you control one stage at a time. The nose cone stage of the ship only has one cannon but the second and third have two. Also, after you defeat a few waves you can dock one stage onto the next, giving you more fire power with which to defeat the enemies. 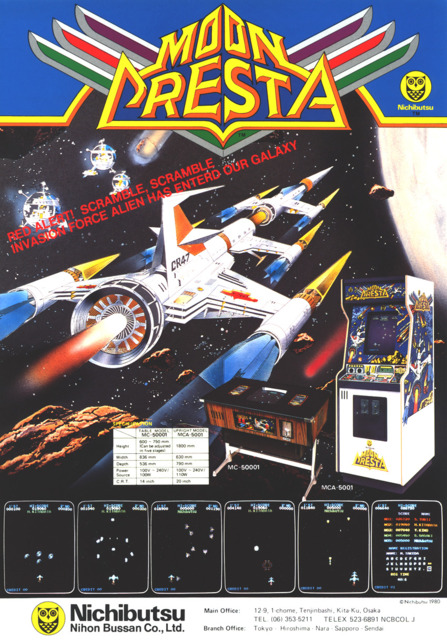