Willow is a game based on the movie of the same name.

Willow was developed by Mindscape (computer versions) and Capcom (Arcade and NES versions). The home computer, Arcade, and NES versions are all quite different from each other. All three are based on the movie from 1988 of the same name.

The home computer version of the game (Atari ST, Amiga, and PC) were the first versions released. This game is split into five different gameplay sections.

The NES version of Willow plays much more like a traditional RPG. Willow for the NES deviates quite a bit from the movie, but still uses many of the same characters.

There are two different spirits that watch over the world, the Spirit of the Sky and the Spirit of the Earth. Both of these spirits sent a messenger to bring peace to the world. These messengers were given the gift of magic to help protect the people. However, the messenger of the sky, Bavmorta became greedy for more power. In her lust for power Bavmorta decided to conquer the world using her magic to help her.

The messenger of the earth, Fin Raziel finds out about Bavmortas plot and then tries to reason with Bavmorta. However Bavmorta proves stronger than Fin and sealed her magic away turned her into an opossum. Bavmorta then declares herself queen of the world. As queen, Bavmorta starts to build her power to greater heights.
Crystalis Faxanadu Lagoon Ys: The Ark of Napishtim Fester's Quest The Legend of Zelda: A Link to the Past 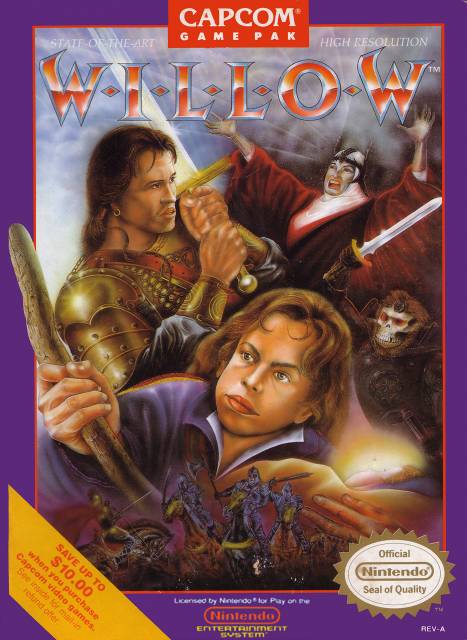